The Omer is counted for the final time on the 49th night. The following evening, the festival of Shavuot begins at sundown. Shavuot is the anniversary of the Revelation on Mount Sinai, when God communicated the Torah to the entire Jewish people and in so doing, revealed to them their national mission and purpose. In our prayers Shavuot is referred to as Zman Matan Torateinu, the Time of Giving of Our Torah. Unlike all the other holidays, no particular mitzvah is associated with Shavuot. On Pesach, we eat matzah, on Sukkot we dwell in a Sukkah and on Rosh Hashanah we blow the shofar, but no specific commandment is related to the giving of the Torah. This is so, because Shavuot celebrates the totality of Torah. The Torah is all encompassing, it sanctifies and elevates every aspect of life, therefore it cannot be encapsulated in any single act, or any one moment.

As with all festivals, the spiritual light that was originally revealed at the event which the festival commemorates is available to us again every year at that same time. On Shavuot, God spoke to the entire Jewish people and gave us the gift and the responsibility of the Torah. The Jewish people responded with the famous words,

“Everything that God has said, we will do and we will hear.”

With these words, our ancestors expressed the depth of their trust in God and their commitment to His words. Saying “we will do” even before “we will hear”, they accepted whatever task He might give them, sight unseen. On Shavuot, the light of that commitment still burns and can be re-experienced through the observance of this festival. One of the customs of Shavuot that is designed to help us capture the light of revelation is all-night Torah study. After the evening service and a festive dinner, virtually the entire community returns to the synagogue to study and hear classes on Torah. Most will remain to learn the entire night. At dawn, the festival prayers of the morning service are recited and the congregation returns home to have breakfast (and usually to sleep until lunchtime). It is customary to study selections from every different part of the Torah, to demonstrate our acceptance of, and our desire to know and fulfill the Torah in its entirety.

The Revelation at Mount Sinai

The revelation and giving of the Torah on Mt. Sinai was an overwhelming experience for the Jewish people. The Torah describes in great detail how every man, woman and child experienced the word of God with all of their senses. The uniqueness of this account cannot be emphasized enough. God did not whisper to a lone individual on a mountain top, rooftop, on the road or in a cave. It was not necessary to trust an individual’s word that he or she had prophecy in order to accept the reality of this communication. At Mt. Sinai, the entire nation experienced prophecy; each and every one heard God say, “I am the Lord Your God Who took you out of Egypt”, the only God, the One Who designated Moses as His prophet.

The description of the revelation at Sinai stands in marked contrast to all other accounts of revelation that we find in history. The standard revelation story goes something like this:

“Yesterday I was alone on a mountaintop in New Jersey, praying and meditating. God came to me in a vision and said, “Becher, you are my prophet. Go out and command the people and establish for me, the United Church of Becherology.” I was terrified and yet filled with love, humbled and yet encouraged to fulfill my unique destiny, and so I come you as the prophet and seer.”

A feature common to all standard revelation stories is the claim that God spoke to an individual and that individual conveyed the message to others. It is relatively easy to disseminate this type of story even if it is false. An eloquent and charismatic leader can convince people that God spoke to him, ad indeed people have done throughout history. They are able to succeed because the revelation is described in such a way that even if it had actually occurred there would be no reason to expect any evidence to remain. The lack of tangible evidence does not, therefore, elicit any skepticism. Neither is there any possibility of an eyewitness other than the “prophet”, so no one can dispute his claims.

The revelation at Mt. Sinai, on the other hand, is quite different and unique. The Torah claims that God spoke not only to Moses, but to the entire Jewish people. The Jews did not have to trust Moses and rely on his testimony, they themselves heard the voice of God saying, “I am the Lord Your God Who took you out of the Land of Egypt”, every one also heard God speak with Moses and appoint him as God’s prophet and leader of the Jewish people. If this event had not actually happened it would be extremely difficult, if not impossible, to convince people that it had, since massive evidence should result, not least the testimony of thousands of eyewitnesses. In the absence of such testimony, even an eloquent and charismatic leader could not convince people that the revelation had occurred. This is one reason that the Torah’s account continuously mentions the public nature of the revelation and the fact that the Jewish people were witnesses to both the commands of God and His appointment of Moses as a prophet.

God said to Moses, “Behold! I come to you in the thickness of the cloud, so that the people will hear as I speak to you, and they will also believe in you forever.” Moses related the words of the people to God: God said to Moses, “Go to the people and sanctify them today and tomorrow, and they shall wash their clothing. Let them be prepared for the third day, for on the third day God shall descend in the sight of the entire people on Mount Sinai.”

On the third day when it was morning, there was thunder and lightning and a heavy cloud on the mountain, and the sound of the shofar was very powerful, and the entire people that was in the camp shuddered. Moses brought the people forth from the camp toward God, and they stood at the bottom of the mountain. All of Mount Sinai was smoking because God had descended upon it in the fire; its smoke ascended like the smoke of the furnace, and the entire mountain shuddered exceedingly. The sound of the shofar grew continually much stronger; Moses would speak and God would respond to him with a voice. God descended upon Mount Sinai to the top of the mountain; God summoned Moses to the top of the mountain, and Moses ascended.

The Torah emphasizes as well, the uniqueness of the Jewish people’s experience in having a national encounter with God.
For inquire now regarding the early days that preceded you, from the day when God created man on the earth, and from one end of heaven to the other end of heaven – Has there ever been anything like this great thing or has anything like it been heard? Has any nation ever heard the voice of God speaking from the midst of the fire as you have heard, and survived? Or has any god ever miraculously come to take for himself a nation from amidst a nation, with challenges, with signs, and with wonders, and with war, and with a strong hand, and with an outstretched arm, and with greatly awesome deeds, such as everything that God, your God, did for you in Egypt before your eyes? You have been shown in order to know that God, He is the God! There is none beside Him. From heaven He caused you to hear His voice in order to teach you, and on earth He showed you His great fire, and you heard His words from the midst of the fire.

The prophets refer to the Jewish people as the witnesses of God, “You are My witnesses, says God, and the servant that I have chosen.” We are identified this way because the entire nation witnessed God’s revelation and continuously testify to that revelation by following the commandments of the Torah. There is, in fact, a specific mitzvah to pass on the testimony and memory of the events of Mt. Sinai to our children.

Only beware for yourself and greatly beware for your soul, lest you forget the things that your eyes have beheld and lest you remove them from your heart all the days of your life; Make them known to your children and your children’s children. The day that you stood before the Lord your God, at Horeb, when God said to me, “Gather the people to Me and I shall let them hear My words, so that they shall learn to fear Me all the days that they live on the earth, and they shall teach their children.”

The festival of Shavuot is a communal fulfillment of this obligation. It is a time when the Jewish people testify together that God spoke to them at Mount Sinai and that they will continue to transmit His message through all time. 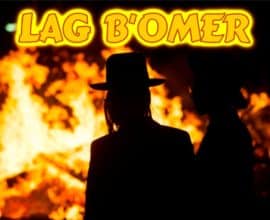 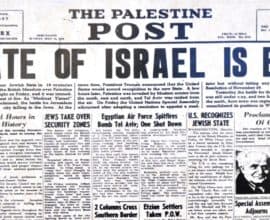